Farrah Fils-Aimé RN, BSN is the proud eldest of five children and the only daughter of Jerome and Marie-Marthe Fils-Aimé who migrated to the United States in 1976 from the beautiful country of Haiti “La Pearl des Antilles”. Ms. Fils-Aimé is a lifelong Rocklander and a graduate of Spring Valley High School. Her parents instilled in her the value and importance of education, being a hard worker, being a leader and being helpful. Shortly after high school Farrah was given the opportunity to lead her colleagues at the United Artist Theater of Spring Valley as an Assistant Manager. She worked there for seven years managing the daily revenue and leading her team to service the community with enjoyable entertainment.

As she progressed she decided that she wanted to pursue more with her career and decided to go back to school and enrolled at Rockland Community College also known as RCC. While taking courses towards a business major she learned that United Artist Theater would be closing some of their sites and her Spring Valley site would be one of them. Being the strong minded and optimistic person that she is she went ahead and found new employment at Rockland ARC Inc. working as Direct Care Professional and worked per diem as a medical assistant at Helen Hayes Hospital. She enjoyed caring for her patients so much that she opted for a career change and enrolled at Rockland BOCES LPN fast track program and graduated on June 15, 2005.

Post-graduation she obtained her first nursing position at Montefiore Medical Group in Bronx, NY. While serving the Bronx community Ms. Fils-Aimé decided to continue her education and went back to school to further her education. On June 8, 2008 she graduated from RCC with an Associate’s Degree in Applied Science and Math and on April 26, 2009 Ms. Fils-Aimé became an alumnus of Helene Fuld College of Nursing earning her Associate’s Degree in Nursing. Working in a health center gave Ms. Fils-Aimé the opportunity to work closely with the community and share her knowledge.

On January 12, 2010 a devastating earth quake impacted her family’s homeland that deeply moved her to want to be on the front end providing aid. Shortly after the earth quake Ms. Fils-Aimé joined the Haitian American Nurses Association of Rockland County Inc. also referred to as H.A.N.A. and assisted on three medical missions to Haiti and led the triaging section of these missions. She also assisted with an educational mission to St Kitts in collaboration with Helping Hands and Beyond, Inc. Ms. Fils-Aimé currently sits on the Executive Board as the Second Vice President after serving two terms as the Secretary. She was recognized by HANA as the nurse of the year in September 2011 and was also awarded an appreciation award for all her commitment to HANA’s mission and the communities they serve locally and abroad in September 2014. Ms. Fils-Aimé completed her Bachelors of Science in Nursing at the College of New Rochelle in May 2016 graduating, cum laude and was awarded a Leadership Award in Nursing.

On May 27th, 2016 Ms. Any Paul, Rockland County Legislator honored five local residents who have helped better serve their community with a “Selfless in their service to others” award. Ms. Fils-Aimé was one of the five chosen. On May 28th, 2017 Ms. Fils-Aimé was chosen as one of three Marshalls for the traditional yearly May 18th Haitian Flag Day Parade of Spring Valley, NY for her selfless advocacy and dedication to her patients and volunteerism. Farrah eagerly awaits her new venture to start at Mercy College for a master’s degree in nursing. While being a single mom of four she currently holds a leadership position at Hudson River Healthcare Inc. as Nurse Manager for two locations in Rockland County. She sits on the best practice team, assists in providing continuing education and enjoys coaching and mentoring her teams and providing quality service to the Rockland community at large. 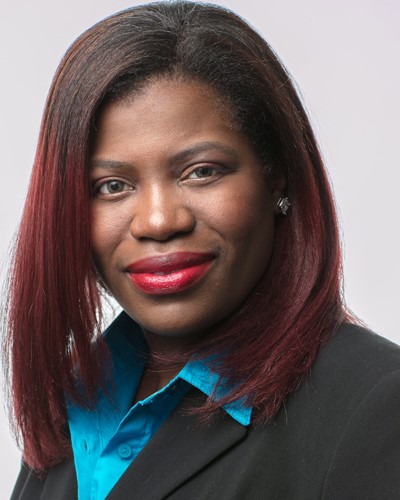